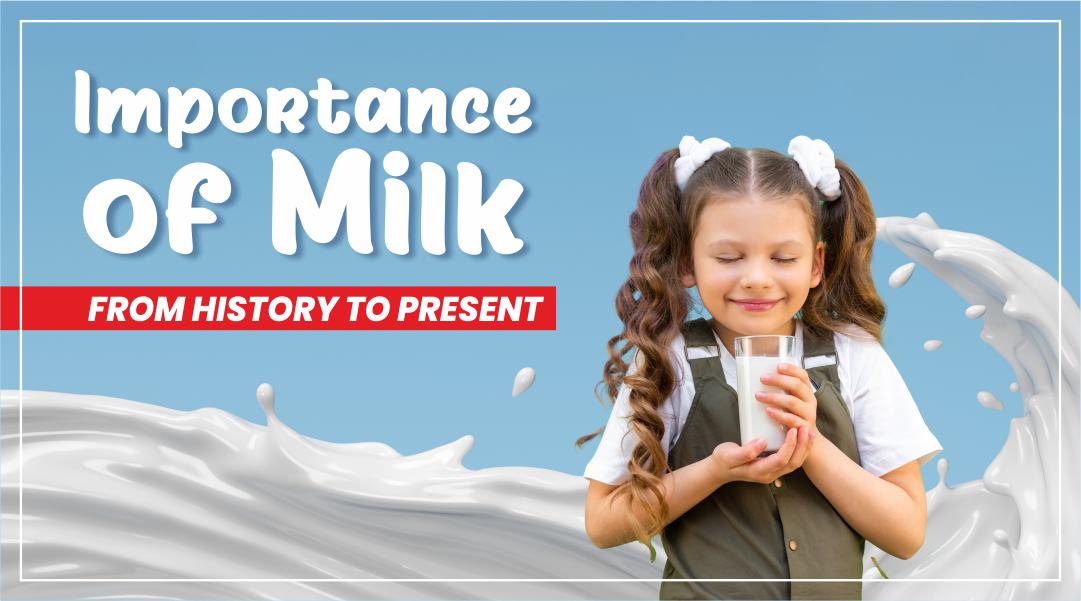 There’s evidence that humans have been consuming milk since at least 6000 years ago. The big question is – How did humans know the nutritional benefits of milk before testing methods were invented? The truth is – They did not, because back then, there were no methods to test nutrients in milk. Instead, they turned to milk consumption because they domesticated cows, sheep, and goats.

However, as cultures across the world evolved with time, dairy consumption gained massive popularity with the invention of milk pasteurization, and other storage innovations. Earlier, milk was consumed not-too-far from the source. But, implementation of pasteurization meant that milk could then be transported across long distances without the fear of any microbial contamination.

Milk has benefits for health, as well as the economy! From providing nourishment to children, and adults, it also gives millions of dairy farmers in India a reason to smile. As per a leading global Dairy Industry Report, India leads the world in terms of benefits to dairy farmers, as 60 percent consumer price of milk goes to farmers (highest among countries that produce milk).

Similarly, Baani is an Integrated milk Producer Company that believes in delivering pure and healthy FSSAI approved dairy products to consumers. Baani provides milk of every type: Full cream milk, standardized milk, toned milk, and
double toned milk, which makes it an amazing choice for those who want to live a healthy lifestyle. What makes it possible is Baani’s farmer-friendly approach which enables more than 60,000 farmers to be a part of a self-reliant dairy community.